You have permission to edit this article.
Edit
Welcome, Guest
HOME
ABOUT US
EVENTS
NEWS
OPINION
PEOPLE IN ACTION
ON THE MENU
CALENDAR
NEWSLETTER
BOOK OF LISTS
1 of 5 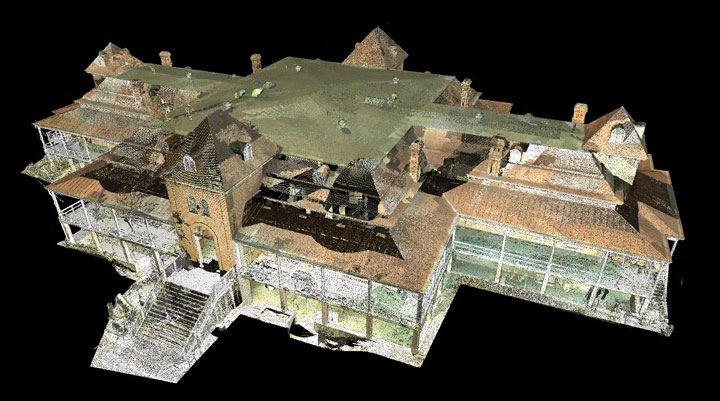 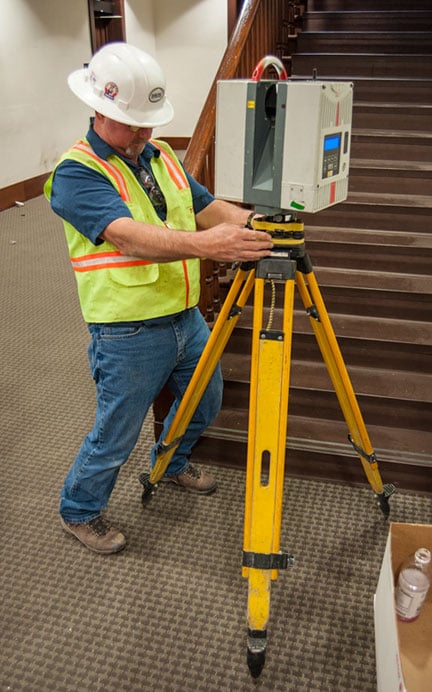 Eric Streicher of Darling Geomatics preps for a scan. 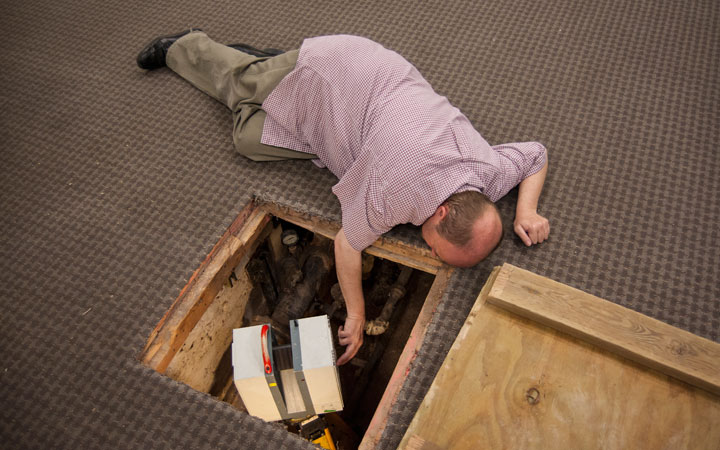 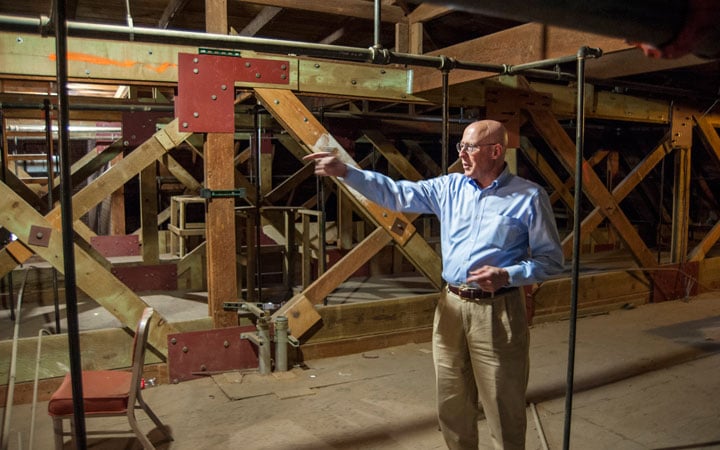 The results of the utility tunnel scan, no lights needed.

Eric Streicher of Darling Geomatics preps for a scan.

The results of the utility tunnel scan, no lights needed.

In about a year, what’s old at Old Main will be new again. But it will look more like the original. What once was in 1891 will be restored to the way it used to be. Yet better, with 21st century materials.

Using innovative spatial-measurement technology, the historic University of Arizona landmark will be renovated for modern-day functionality and to recapture as much originality as possible.

“We’re taking 500,000 to 1 million measurements every second. Each laser beam that goes out measures angle, elevation and distance to whatever it bounces off of. The scanner has complex electronics and optics that basically keeps track of all the beams going out and coming back,” explained Vaughn Mantor, director of marketing for the 3D Scanning Division of Darling Geomatics, 9040 S. Rita Road, Suite 2350, in the UA Science and Technology Park.

“This is not a photo. It’s a laser that scans millions of points. The end game is to provide an exact representation of this building as it exists now,” he added.

Those millions of points yield thousands of images. Those images are used by engineers, architects and designers to help Sundt Construction plan Old Main’s complex upgrades and preservation. No original drawings exist so they will rely on Darling Geomatics’ data for a precise 3D model of the building’s structure, architecture, utility systems and other “as-built” details down to one-quarter inch accuracy.

Several major structural repairs have been identified, such as a leaky roof and weakened load-bearing beams. Plus, much of the historic character has been lost through decades of remodeling.

“We know the original ceilings were taller but not by how much. The ceilings were dropped, that is where a lot of ductwork and utility lines are. Now, we can tell them exactly what that height was because we have scanned it,” said Mantor.

“To get back as close to the original, they will cut that space down,” he added, “and still meet today’s building codes.”

The Arizona Board of Regents has approved $13.5 million to preserve and renovate Old Main. To prepare for construction, Darling Geomatics has scanned the building’s entire exterior and designated interior spaces.

“This technology is based on the class everyone hated in high school: trigonometry,” he said. “Laser scanning is like trig on mega-steroids, it does millions of calculations per second to get a highly accurate, true-scale image.”

“To get back as close to the original, they will cut that space down,” he added, “and still meet today’s building codes.”