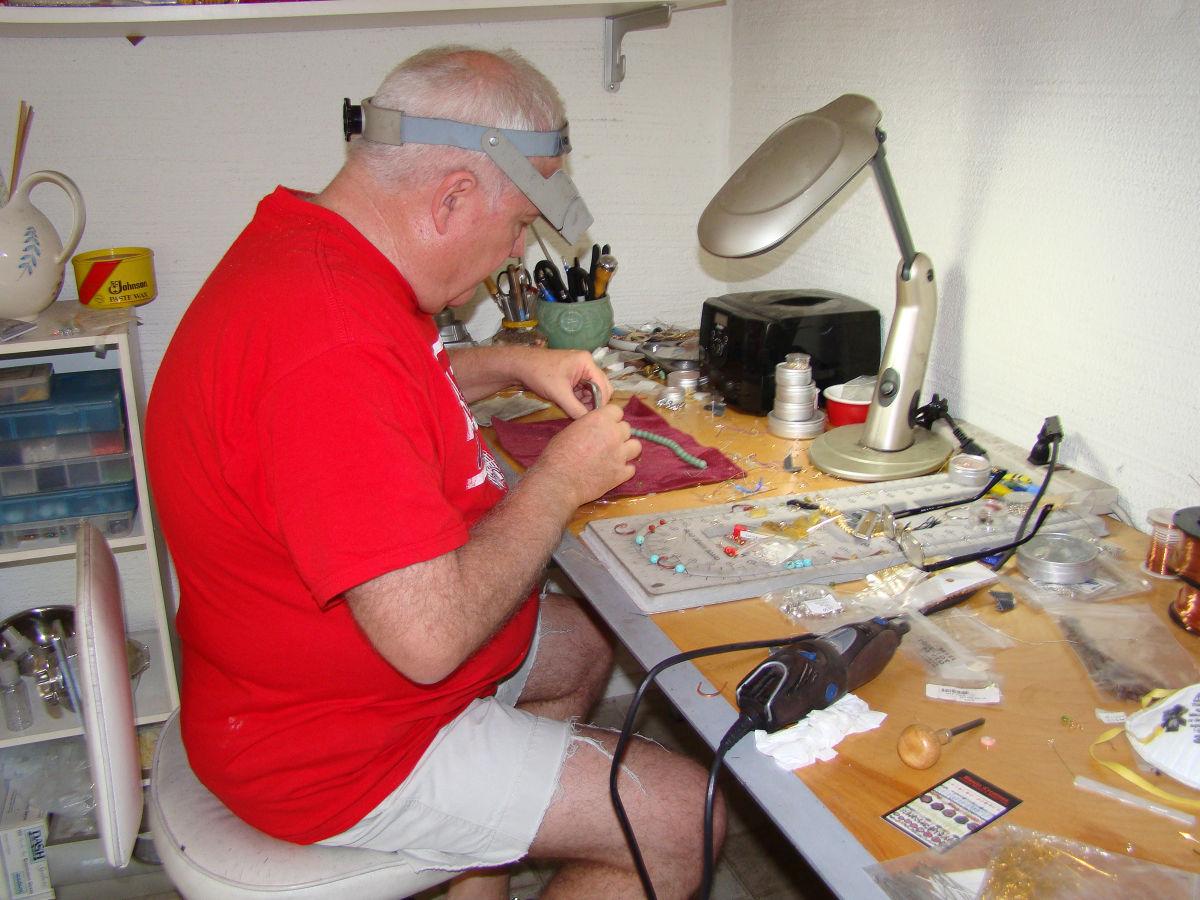 Rodney Casebier works on jewelry in his home studio. 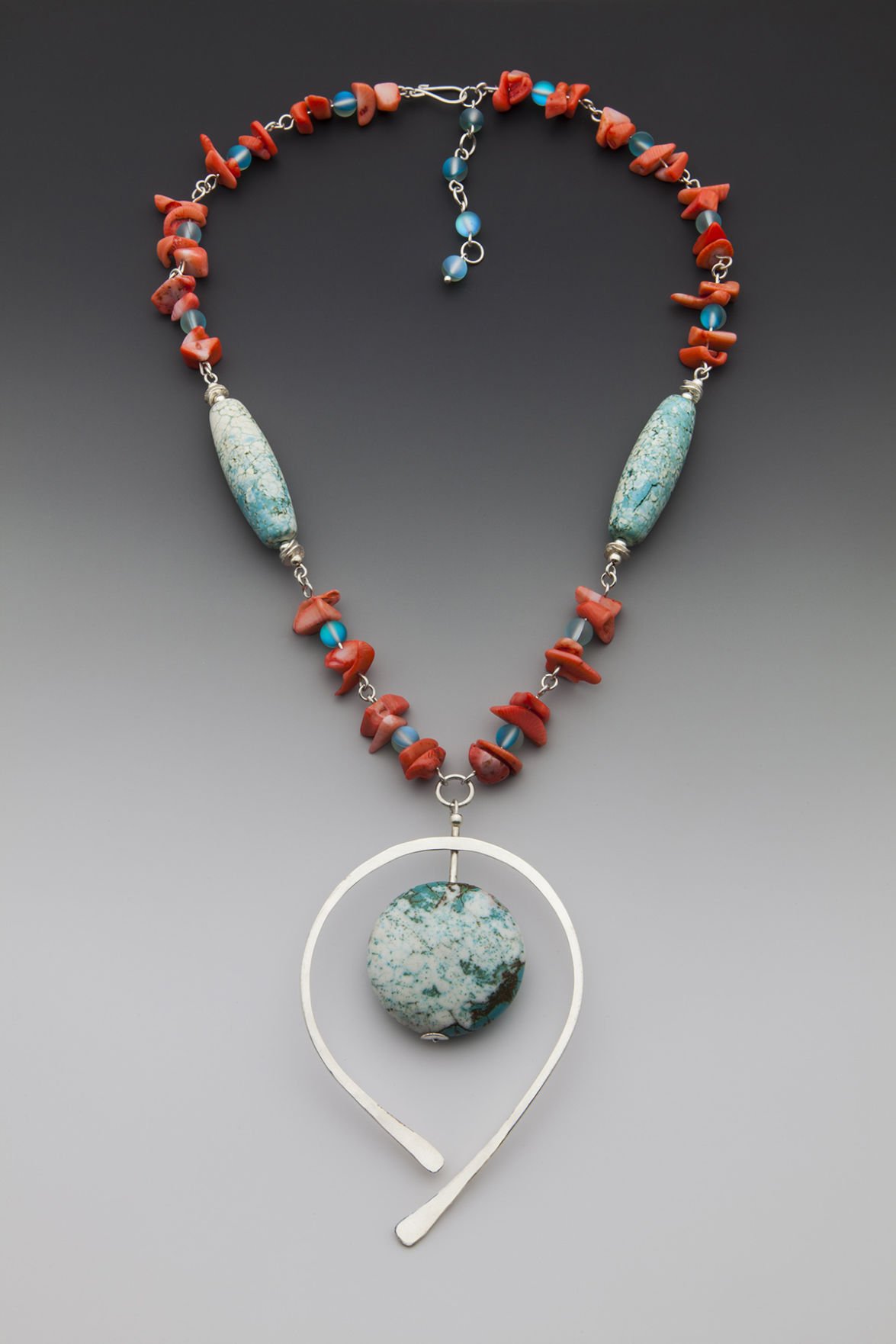 Rodney Casebier works on jewelry in his home studio.

Rodney Casebier always knew there was creativity in his blood, so it’s no wonder he continues to create now, even in retirement.

Casebier earned his bachelor’s degree in studio art, but with no luck finding a job out of college, he decided to beef up his academic resume, eventually earning a PhD in interior design. He taught at several universities over the course of two decades before retiring from University Medical Center as the manager of interior renovation.

But during all that, he was also finding time for something else that he has always enjoyed and which aligned with his previous career: Making jewelry.

“Putting together jewelry is very much the same idea as interior design. You’re dealing with objects, colors, composition and forming it into a single visual,” he said from his centrally-located private studio, where some of his southwestern-style jewelry is displayed.

Since retiring, Casebier, with the full-blown support of his wife, has decided to take a more full-fledge approach to jewelry crafting. His company, Beautiful Bountiful Jewelry, has been up and running for two years now, and has made impressions at shows at Plaza Palomino, St. Philip’s Plaza, Big Brothers Big Sisters, as well as a national show in Pasadena.

“I’ve sort of outgrown the local shows,” he said.

But, he adds, those shows taught him a valuable lesson as he moves forward.

“The people. The people that I’ve met at shows are the most rewarding thing,” he said. “When you’re looking at viewers of your jewelry, you get feedback, and sometimes that feedback isn’t always what you want, but you learn from that process.”

Now he’s looking for the next step. He’ll pursue getting his work into gift shops, in which he’s had previous successes in Pinetop and Las Cruces. But at the time, his career prohibited him from creating the amount of bulk needed to stay sustainable. He had to walk away from those shops, but there was always a sense it was something he’d come back to.

Casebier, who buys 90 percent of his material from the Tucson Gem & Mineral Show, says he now spends between four and six hours a day making jewelry in his studio. The bulk of his work comes from his own vision, but he also brings to life design ideas from customers.

Even with his experience in interior design and his longstanding jewelry hobby, he finds the task challenging sometimes.

“Sometimes you can’t get a piece to look how you want it,” he said. “But I got some advice from an old mentor. If something isn’t going your way, or you can’t find a way to make it work, the best thing to do is to walk away and come back to it later.”

Pretty sound advice from a man who did just that when it came to pursuing a passion.

A busy holiday shopping season is a silver lining for retail real estate, according to a new report from real estate services company CBRE. In their annual Holiday Trends report, CBRE reports that more consumers plan to shop in department stores than online as compared to last year, which ma…

Chamber Chatter: Give a Little, Gain a Lot

Booker T. Washington, a renowned 19th-century educator, author and orator, once said, “If yo…