Welcome, Guest
HOME
ABOUT US
EVENTS
NEWS
OPINION
PEOPLE IN ACTION
ON THE MENU
CALENDAR
NEWSLETTER
BOOK OF LISTS
Jobs
DONATE!
1 of 3 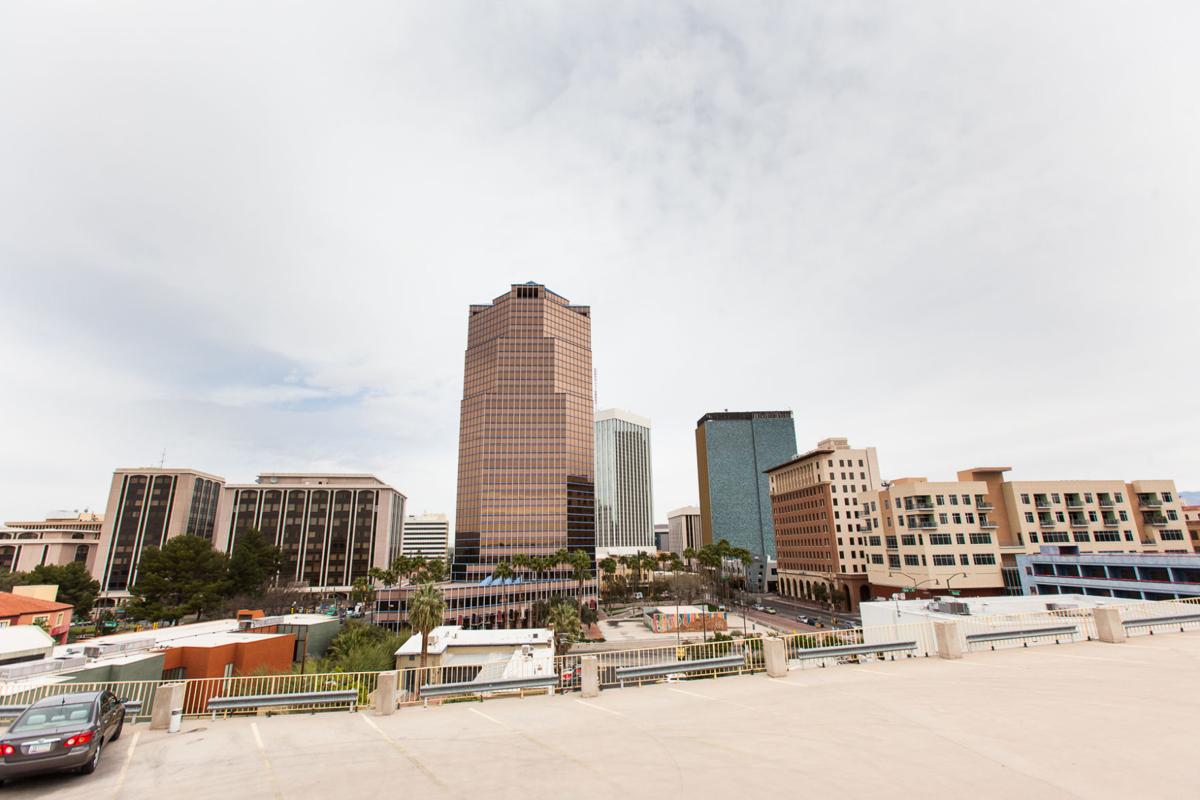 The Tucson economy has seen a steady yet nominal growth in the past few years. Experts express optimism and predict a possible surge in the upcoming future. 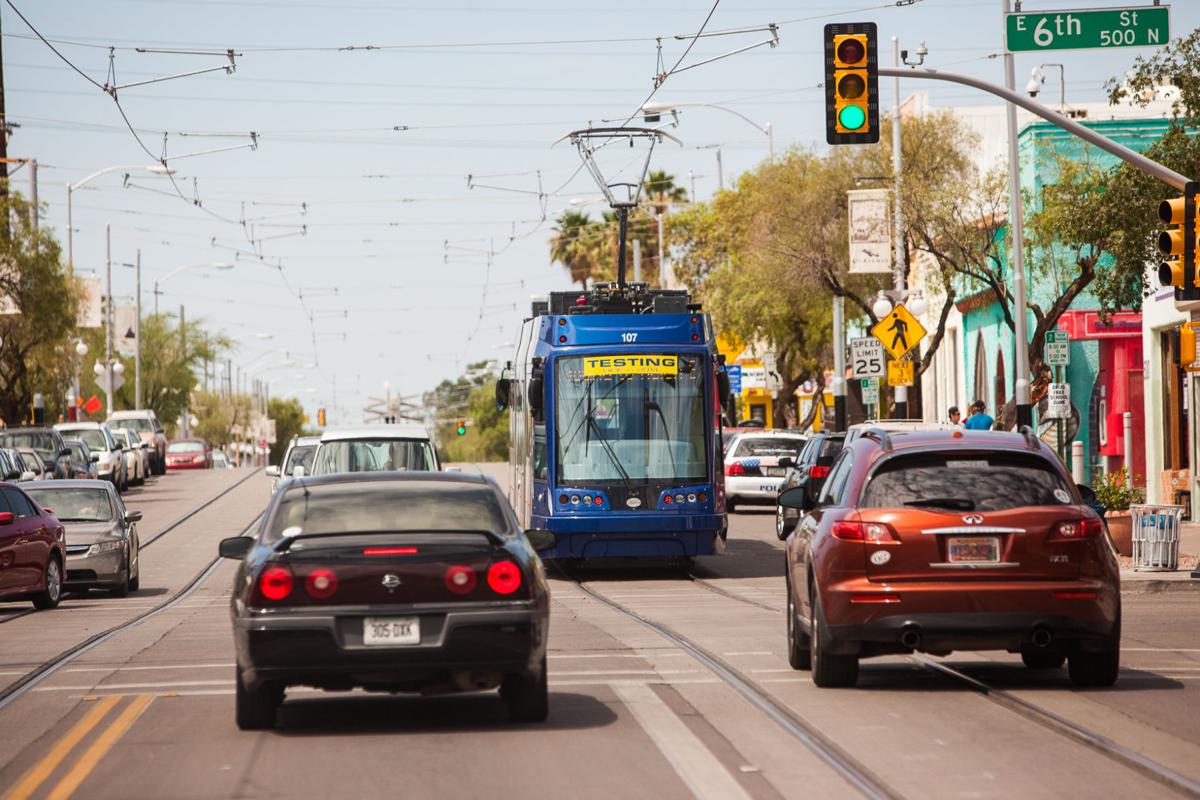 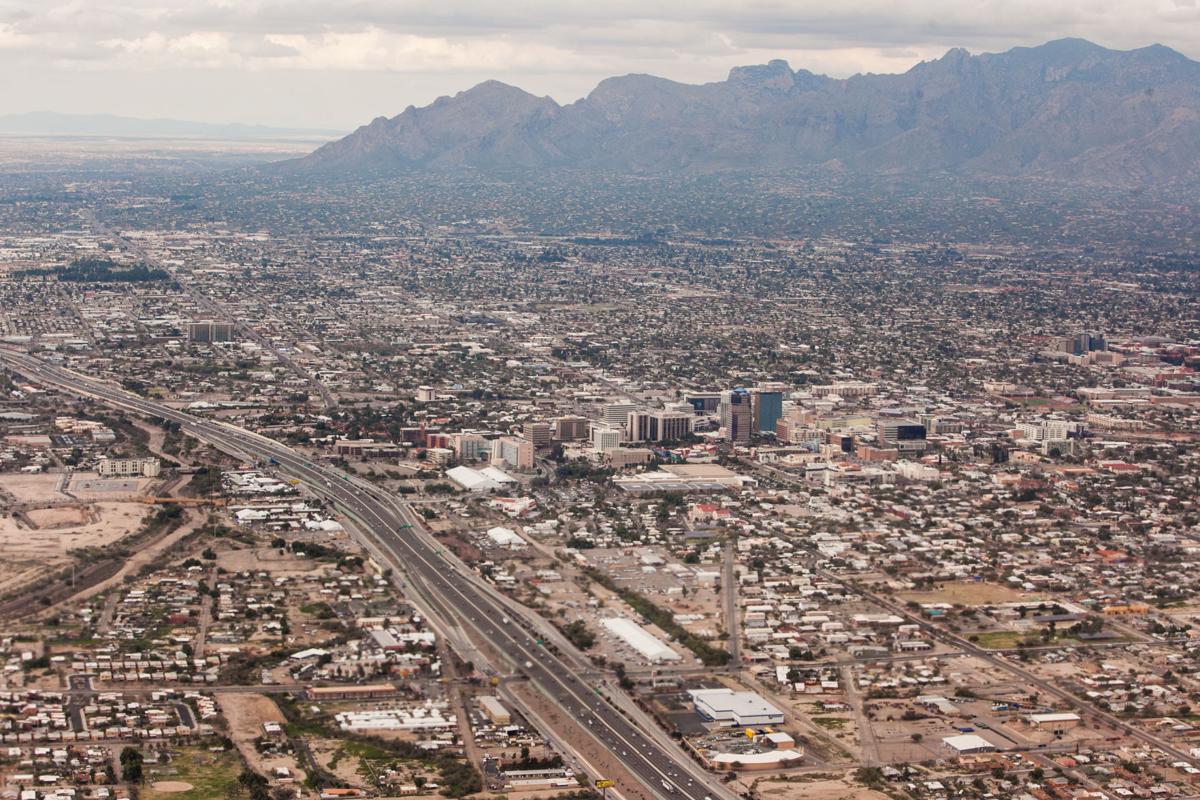 Whether in the Downtown area or in the Foothills, Tucson has experienced strong growth this year.

The Tucson economy has seen a steady yet nominal growth in the past few years. Experts express optimism and predict a possible surge in the upcoming future.

Whether in the Downtown area or in the Foothills, Tucson has experienced strong growth this year.

From pre-recession highs to nearly historic lows, the healing process has been an arduous one at best for those living within the Tucson Metropolitan Region. While the past few years have resulted in steady yet nominal growth in the local economy, industry professionals recently expressed a sense of optimism for the future of Tucson – going so far as to predict a possible surge in the upcoming future.

“Arizona has been growing, and over the past roughly nine months we’ve been growing a lot faster,” said George W. Hammond, Ph.D., director and research professor at the University of Arizona Eller College of Management’s Economic and Business Research Center. “That’s true for Phoenix, and as really good news, that’s also true for Tucson – there has been a great acceleration in Tucson’s job growth.”

Addressing several hundred business owners, professionals, media and community members, Hammond voiced his positive predication at Eller’s 2016 “Breakfast with the Economists,” an annual opportunity to discuss the data and share predictions for local job growth, the housing sector, trade and export activity, the impact of education on local economic growth and various other topics that have played a role in the local economy so far in the year.

In the first three months of the year, preliminary data shows job growth in the region averaging 2.8 percent, equating 10,400 additional jobs, compared to the 2,900 position increase last year over the same time. While the figures look strong, Hammond warned that preliminary data has been inaccurate before, though he expects actual growth to still be strong.

Most of the recent job growth has occurred in education and health services, financial activities and professional and business services. There have also been smaller increases in government - primarily state and local - manufacturing, leisure and hospitality, information, trade, transportation and utilities. Though there are several industries experiencing a surge, the natural resources and mining industries are not expected to grow.

Though growth has been strong, Tucson has yet to recoup lost positions from the recession. Just over 75 percent of positions of been replaced, though both the Phoenix Metro Area, Arizona as a while and the United States have all returned to, and surpassed pre-recession employment figures.

Also lagging has been wage growth, which Hammond called the “missing link” in economic recovery. Hammond aid he expects job growth to accelerate over the next couple of years, and even adding jobs more quickly than the national economy in the next few years due to less fed fiscal drag and increased residential mobility across the US.

“As incomes rise and house prices continue to rise,” Hammond said, “that will mean fewer homeowners underwater on their mortgages, and that means more mobility across all states in the U.S. Arizona is still a really attractive migration destination, so it picks up its share or more of those migrants, as does Tucson.”

Population growth increased from 0.2 percent in 2015 to 0.6 percent this year, and is expected to increase to one percent in 2017.

There is more to economic recovery and success to creating more jobs and increasing salaries, said Ross DeVol, chief research officer of the Milken Institute. In a world so used to looking at competition on a global scale, DeVol said the real competition now exists between different regions within the country.

DeVol said the factors that are critical for regional economic success are changing and that the role of human capital is as important as ever in capturing any of that success. Agreeing with Hammond, DeVol said that labor is highly mobile between different U.S. regions, due in part to the changing relationship of attraction between businesses and human labor.

Instead of firms being the principal attraction for capable individuals looking for a job, hotbeds of intellectuals and highly qualified candidates now act as a attracting force for new industries to open up shop within a region.

To create capable human capital, individuals most go through training – and more importantly education. DeVol said that since 1980, the average years of schooling among Americans aged 15 and older has increased to 13.1 years in 2010, a growth of just over a year. Despite a growth in the U.S., other advanced economies added over 2 years of average schooling, reaching over 10.6 years total.

Locally, Tucson ranks the highest among Arizona’s metropolitan regions in terms of education. Despite being in the top spot, rankings have slipped from 62nd in 1990 to 90th in 2010 in terms of members of the workforce with a bachelor’s degree or above.

Though the change in average amount of schooling may seem nominal, DeVol said it plays a large impact in economic success.

“We found that adding one year of schooling to the average educational attainment among employed workers with at least a high school diploma is associated with an increase in real GDP per capita of 17.4 percent and an increase in real wage per worker of 17.8 percent,” he said.

On a more macrocosmic scale, Hammond said that the national economy is expected to continue to grow, despite being in the seventh year of an abnormally long period of growth – and that growth will trickle down into the recovering Tucson region.

Though the outlook is mostly positive, Hammond did warn that there is some inherent risk in relying on an increase in mobility to increase activity in the housing sector. If that figure doesn’t improve, the result will be slow population growth and low baseline growth for the economy overall.

The Small Business Administration and the Department of the Treasury are making it easier for business owners to apply for Paycheck Protection Program's loan forgiveness by culling down the application process.

Viaone and Dunkin’ franchisee aim to expand footprint in Arizona

Collaboration is a common practice among local breweries, and delicious things result when brewers team up with each other to produce limited-edition beers.