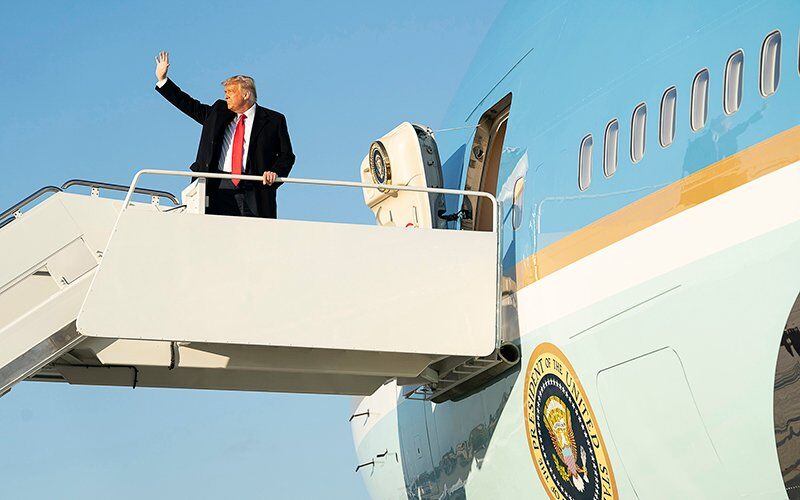 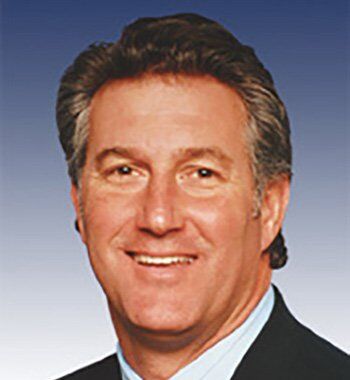 WASHINGTON – In one of his last acts as president, Donald Trump on Wednesday pardoned two Arizonans, including former Rep. Rick Renzi who was convicted of extortion, racketeering and other charges while representing the 1st District in Congress.

The pardons – including one for Scott Connor Crosby, a one-time bank robber who supporters say has turned his life around – were among 73 pardons and 70 sentence commutations Trump issued Wednesday morning.

Renzi’s pardon was called for by Rep. Paul Gosar, R-Prescott, and a slew of former House members who cited Renzi’s family and his service to constituents while in office in urging clemency.

Gosar did not respond to a request for comment on Renzi’s pardon Wednesday. But others criticized the flurry of pardons, which included former Trump associates, as “offensive, but not surprising.”

Less controversial was the pardon for Crosby, which was called for by his church leader, the mayor and vice mayor of Mesa and former Sen. Martha McSally, R-Ariz. Vice Mayor Mark Freeman said in an emailed statement that he was “absolutely thrilled at the news that Mr. Crosby received a full pardon this morning.”

“I have known Mr. Crosby for many years and I have witnessed what a positive role model he is for Mesa and how he does not let a mistake he made more than 25 years ago define him,” Freeman said. “He took responsibility for his actions, paid his debt to society and has come out the other side a better person for it.”

The White House release announcing the pardon said Crosby made a “spur-of-the-moment poor” decision to join coworker’s plan for a bank robbery in 1992. He was arrested the same day, cooperated with authorities and has spent “significant time” since his release working with youths and volunteering at his church, the White House said.

“Since his release, he has been an asset to our community. He is a successful general contractor, church youth group leader and certified search and rescue scuba diver,” Mesa Mayor John Giles wrote in a letter requesting Crosby’s pardon. “I admire his drive to not let a mistake he made more than 25 years ago, change the course of his life.”

The White House did not provide documents supporting Renzi’s pardon, except to say that Gosar, Rep. Tom Cole, R-Okla., and eight former House members, all Republicans, called for it. The pardon announcement said Renzi, a father of 12, was considered a “strong advocate” for housing, education and health care during his three terms in Congress, from 2003 to 2009.

Renzi was convicted in 2013 of extortion, bribery, insurance fraud, money laundering and racketeering for using money from clients of his insurance agency to fund his campaign and for trading his vote on a proposed mine in exchange for a land deal. James Sandlin, a former business partner of Renzi’s, was convicted with Renzi on public corruption charges in the deal.

Among other charges against Renzi, prosecutors said he pressured the owners of a proposed copper mine to buy property owned by Sandlin – without revealing that Sandlin was a former business partner who owed him $700,000. At one point during the negotiations, court documents show, Renzi told one of the mining company officials, “No Sandlin property, no bill.”

On appeal, one of the arguments Renzi raised was that his conviction violated the congressional speech or debate clause, which protects lawmakers from arrest outside the Congress for their legislative activity. A federal appeals court rejected the claim, noting that, “Congressmen may write the law, but they are not above the law.”

The White House said Renzi was sentenced two years in prison and two years of supervised release. He was released from prison in 2017.

“Before his conviction, Mr. Renzi served three terms in the House of Representatives. His constituents considered him a strong advocate for better housing, quality education, and improved healthcare—especially for the underprivileged and Native Americans,” the White House statement said.

But others were critical of the last-minute pardons and commutations, noting that many of the beneficiaries were well-connected to people in or around the administration.

“Many of Trump’s pardons were offensive, but not surprising,” said former Arizona Attorney General Grant Woods in a statement Wednesday.