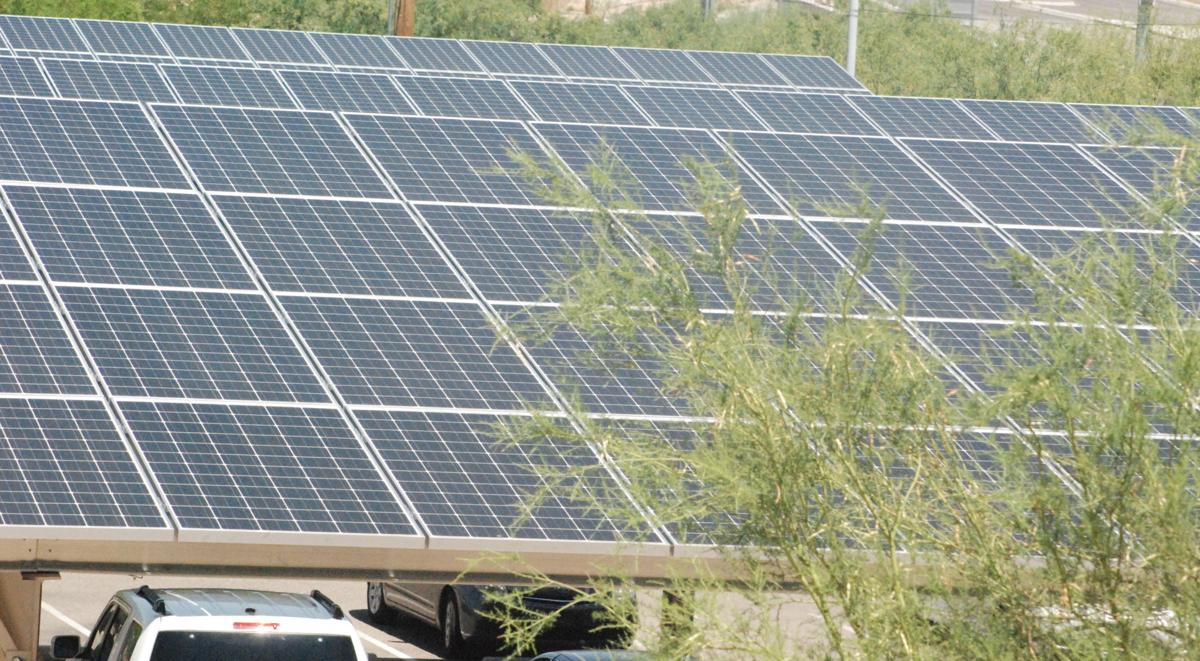 Solar panels have become a common sight in Tucson as businesses and individuals embrace green technology to create electricity. 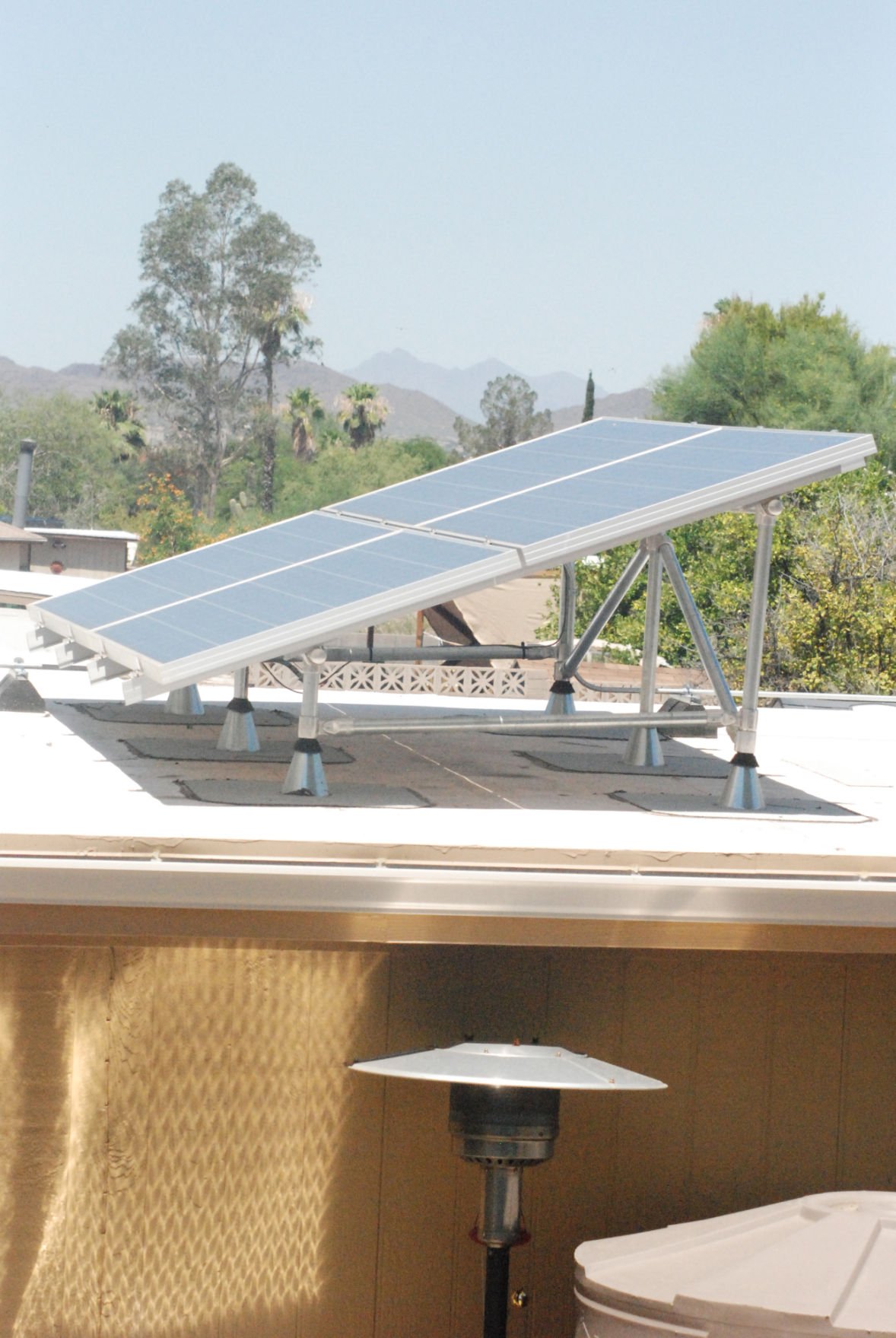 Solar panels are becoming more and more common in Tucson as businesses and individuals use panels to supply electricity for their homes and businesses. The latest trend is solar panels at campgrounds.

Solar panels have become a common sight in Tucson as businesses and individuals embrace green technology to create electricity.

Solar panels are becoming more and more common in Tucson as businesses and individuals use panels to supply electricity for their homes and businesses. The latest trend is solar panels at campgrounds.

As a state, Arizona is perfect for solar power. With the larger municipalities getting more than 300 days of sunshine, tapping solar power makes sense, but it has had mixed results in terms of effectiveness, especially on a large-scale basis.

Energy storage may help make solar power, as well as all forms of electric power, more reliable and cost effective.

Kate McGinnis, market director at AES Energy Storage, was in Tucson in late June to meet with local stakeholders in Phoenix and Tucson.

While she was here, she had discussions with Tucson Electric Power on how energy storage could help the company.

“Energy storage itself is a source of generation that is clean, reliable and very flexible,” explained McGinnis. “That is really why we are pursuing it. We think that it is cost-effective and the flexibility it allows an electrical system will really both help today, as well as into the future as things are changing.”

Essentially, energy storage is exactly what it sounds like,— it is the ability to store the energy that is generated and use it later on. In the case of AES, the  company is utilizing grid based battery storage, which stores energy in batteries that are similar to the lithium-ion batteries used in devices like laptops and cell phones.

An advantage of energy storage is that in the case of solar, energy can be generated during the day when the sun is out, then stored for use at night. It can also help with providing energy during peak usage hours. Instead of generating more energy during peak usage time, the energy storage can be tapped. This eliminates the need for peaking power plants or peaker plants, which can be more expensive.

“Ultimately I see storage as a great alternative to utilities that are considering buying a peaker plant, using storage instead,” said McGinnis. “It can make better use of underutilized infrastructure by changing the timing of what is utilized. Right now you have to match generation and consumption. Increasing storage on the grid would allow you more efficient or emission-free resources.”

Energy storage would reduce peak energy prices since extra energy would not need to be generated at peak times.

The storage center looks like any building. It can blend with its surroundings. Inside it resembles a data center. Individual battery cells are packaged into larger modules which are put into racks which are lined up row after row. The actual storage center uses very little resources and has no emission output, so there are no air permits needed. There is also no water use. The centers must be climate controlled, especially in the Arizona heat, but the centers themselves are very clean and environmentally friendly.

They also have great flexibility. The storage center does not need to be near where the electricity is being generated. In theory, solar panels could be erected outside on the outskirts of town but the storage center could be anywhere in town.

TEP is currently in the process of looking into energy storage. They have request for proposal for energy storage and AES is looking to see if they can fill that need.

“Arizona has really been a leader in the solar industry,” said McGinnis. “This is just another alternative that there is definitely some interest in. It is a clean, reliable source of energy generation that can help modernize the grid and can help move toward the future.”

On Tuesday, Sept. 7, the new Sahuarita Library at 670 W. Sahuarita Road opened its doors. The 17,000-square-foot location features reading patios, a gaming room, a large meeting room and a children’s room. The library also has an outdoor performance space funded by The Pima Library Foundatio…

On the Menu: Get a taste of local restaurants during Sonoran Restaurant Week

If you think Sonoran Restaurant Week is only about Mexican food, you may do a double take when you see dishes inspired by Moroccan, Jamaican, French, and Indonesian traditions on display during the annual event.

Telehealth to serve large healthcare role, even after pandemic

Aside from the obvious threats of COVID, the world faced several side effects from shelterin…

Citing environmental impacts and effects to Tucson’s existing I-10 businesses, the Pima Coun…

Living in the desert, water is often a top concern for towns and businesses alike. But effic…