Skip to main content
You are the owner of this article.
Edit Article Add New Article
You have permission to edit this article.
Edit
Welcome, Guest
HOME
NEWS
CALENDAR
DINING
REAL ESTATE
PEOPLE IN ACTION
TECH
COMMENTARY
MORE
1 of 2 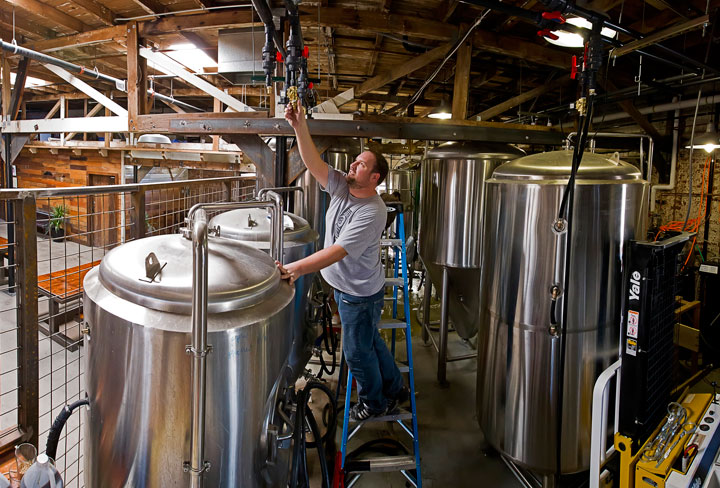 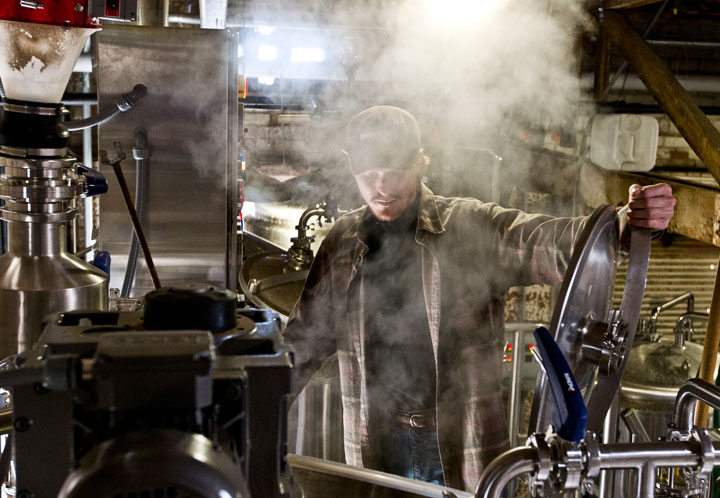 Nigel Knoy, an employee at Borderlands Brewing Co., cleans some of the company’s new brewing equipment. Borderlands has expanded its brewing capacity nearly ten-fold in its first year.

Nigel Knoy, an employee at Borderlands Brewing Co., cleans some of the company’s new brewing equipment. Borderlands has expanded its brewing capacity nearly ten-fold in its first year.

It came as little surprise to Myles Stone that Tucson had a largely untapped market for craft-brewed beer.

But it was a surprise that demand for his fledgling Borderlands Brewing Co.’s beers would so quickly outpace supply.

“There hasn’t been a day we haven’t been sold out since we opened,” Stone said.

Stone, along with partners Mike Mallozzi and Blake Collins, opened their microbrewery and taproom at 119 E. Toole Ave. downtown in late 2011.

Stone said they started the venture with just $2,000 in cash. Since then, the popularity of Borderlands has grown exponentially, playing host to numerous food truck events, parties, art exhibits and even a wedding. All while supplying keg beer to several downtown and regional bars and restaurants.

Today (Jan. 25), the Borderlands crew plans a grand reopening event to celebrate the completion of their expanded brewing facility, which would increase their capacity by more than 10 times.

The growing success of Borderlands, which has coincided with downtown’s renaissance, exemplifies a trend in the state’s craft brewing industry.

A 2012 Northern Arizona University study of the state’s craft brewing industry showed that the once novelty brew pub and microbrewery sector has begun to transcend cult status to become a real force.

The study, conducted by NAU’s Hospitality Research and Resource Center and the Arizona Rural Policy Institute for the Arizona Craft Brewer’s Guild, found that the craft-brewed beer sector contributed a $278 million impact on Arizona’s economy in 2011.

a barrel equals 31 gallons, about double a conventional keg.

The study calculated that craft beer production in the state increased more than 20 percent each year from 2009 to 2011.

In an era where overall beer sales have fallen, craft beer sales continue to climb.

Between 2008 and 2010, according to figures from the Brewers Association, sales of major national label brands of beer fell by more than 3 percent. The craft-beer sector has grown.

Craft beer sales increased by 10 percent in 2009, by 12 percent in 2010 and by 13 percent in 2011. Brewers Association figures from last summer showed that 2012 sales of craft beer were continuing the trend, with a 14 percent increase over the previous year.

Eric Greene, head of brewing for Dragoon, said the company started out with the intention of producing about 1,200 barrels per year. In less than a year, however, demand for the beer has exceeded expectations.

“It took off a lot faster than we thought it would,” Greene said.

So much so the company intends to expand its brewing capacity to 9,000 barrels per year, which Greene said was more than a year ahead of plans.

Dragoon distributes to more than 50 restaurants and bars in Tucson and about 10 locations in the Phoenix area.

A specially brewed beer the company makes for Whole Foods markets is available exclusively at the retailers seven stores currently open in the state.

“The microbrewing industry has really taken off in Arizona in the last four to five years,” Greene said.

While the industry has grown in Arizona, it’s well behind other states where craft brewing has flourished.

Arizona ranks 30th in terms of per capita breweries among the 50 states and District of Columbia, according to a 2011 analysis done by the Brewers Association.

With 34 breweries operating in the state at the time, that was the equivalent of one for each 188,000 residents.

That dearth of breweries in Arizona played into Greene’s decision to start Dragoon.

After attending NAU in Flagstaff and later the American Brewers Guild training program, Greene apprenticed in Boston before returning home to Tucson.

He considered opening a brewery in Colorado or the Pacific Northwest, but the large number of craft brewers already operating in those areas meant there would be more competition.

“Arizona is a place that everyone realized was under-saturated and had room to grow,” Greene said.

Going back to the 1990s there were just three craft brewers in the Tucson region, Gentle Ben’s near the University of Arizona Campus, Nimbus in the south side warehouse district off Palo Verde Road and Thunder Canyon Brewery in Foothills Mall.

Others that have joined them recently include Barrio Brewing, a second effort by the folks behind Gentle Ben’s, which opened in 2006; Thunder Canyon opened a second location this month downtown and Ten 55 Brewing is planning a grand opening Feb. 2 in the warehouse district off South Palo Verde Road.

For his part Stone said, “Tucson has really turned the corner on brew culture.”

“There hasn’t been a day we haven’t been sold out since we opened,” Stone said.

Never miss an issue. Sign up for free today.