You have permission to edit this article.
Edit
Welcome, Guest
HOME
ABOUT US
EVENTS
NEWS
OPINION
PEOPLE IN ACTION
ON THE MENU
CALENDAR
NEWSLETTER
BOOK OF LISTS
Jobs
DONATE!
1 of 4 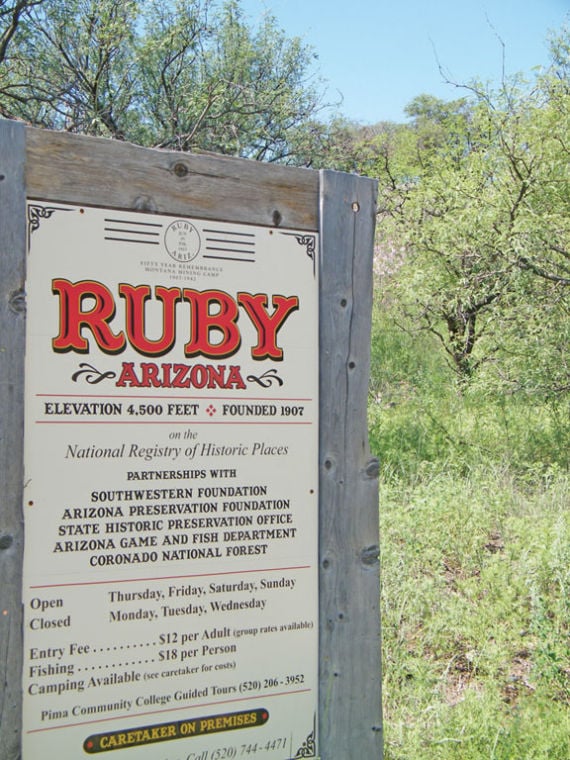 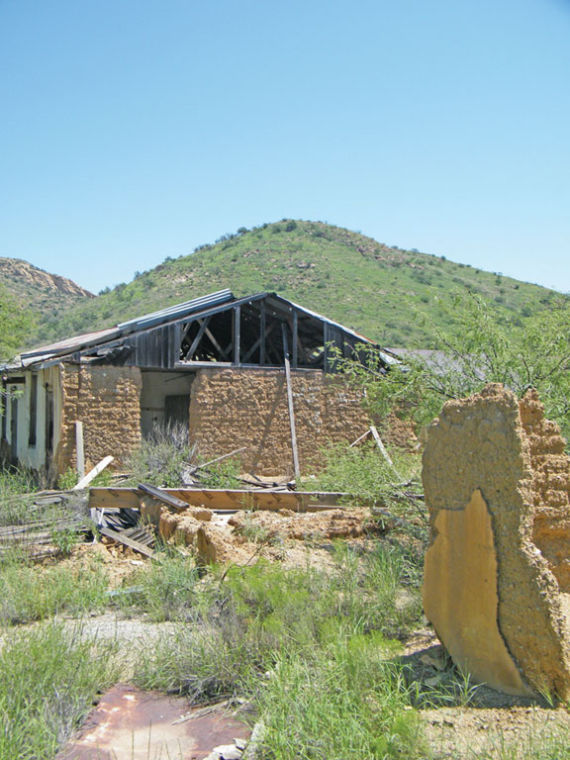 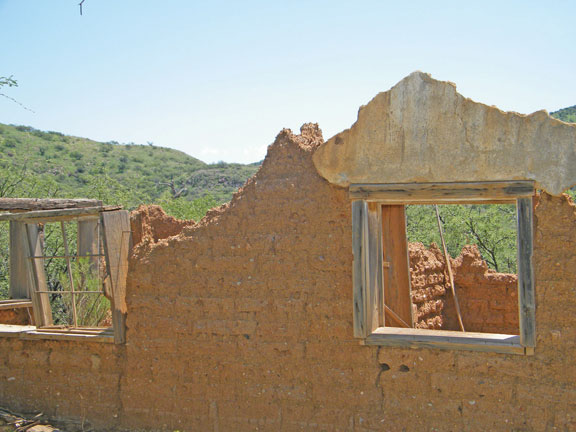 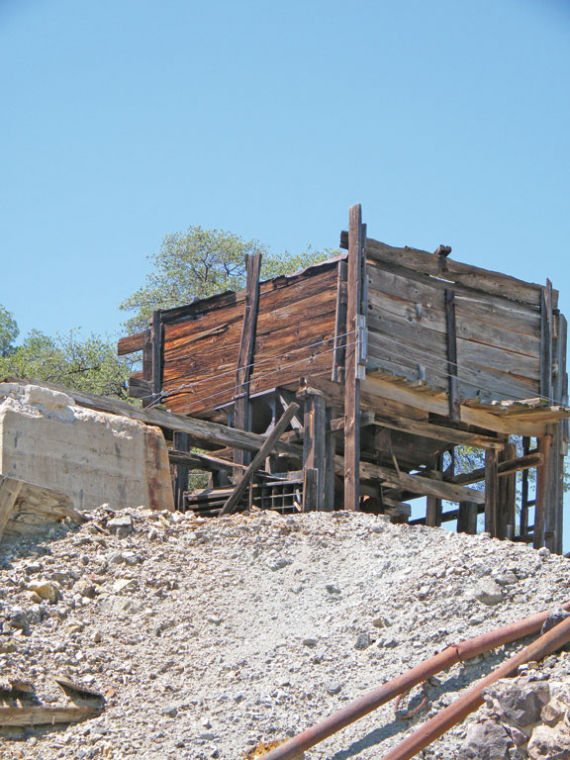 Pull off to the side of the road and you can almost hear Ray Charles in the background crooning, “Ruby, you’re like a dream...”

Once a gem in Southern Arizona’s mining town showcase, the town of Ruby lost its sparkle in 1940 when, after taking out $7 million worth of lead, zinc, silver and copper ore, the mine at the foot of Montana Peak was closed. Within a year the entire town was abandoned.

Now a ghost town, Ruby is back in action — part-time anyway — ready to entertain adventurous souls willing to brave an often bumpy ride to explore a bit of history.

Founded as Montana Camp, a mining camp sometime a few years before 1880, the town was named by Julius Andrews, who owned the general store and established the post office in 1912, naming it after his wife. The population peaked at about 1,200 in the 1930s.

Today, Ruby is a shell of its former self recognized by the National Registry of Historic Places. What you see has been there for decades, though victimized by the weather. Still available for sight-seeing and shooting snapshots are a number of aging structures, including a 1916 schoolhouse, what used to be a mercantile where two double murders took place in the early 1920s, an old bunkhouse for miners, a scale that weighed ore trucks on the way to the smelter, remnants of a 1936 jailhouse and a two-hole outhouse of undetermined age.

Tallia Pfrimmer Cahoon grew up in what is now a nearly 100-year-old house that still stands. Co-author of the book “Ruby, Arizona: Mining, Mayhem, and Murder,” Cahoon refers to her former childhood home as “truly a gem of a ghost town.”

The sign “RUBY: Population 1” is no joke. The lone townsman is now caretaker Michael Thistle, an adventurer and herbalist who enjoys a silence that is seldom broken. “It’s peaceful here. The isolation doesn’t bother me,” he says.

Thistle took over from Sundog, aka Perro del Sol, a pony-tailed refugee from the 1960s who formerly handled visitation details from collecting entry fees to providing a map and narrative about the property and its past.

Spartan doesn’t begin to describe the lifestyle living in a tin-roofed clapboard building without electricity or running water. As if to allay fear over the lack of amenities, Sundog noted to Thistle, “We have two well-kept outhouses on the property.”

Sundog is gone, but the outhouses remain as do other vestiges of the Montana Mine that produced more lead and zinc than any other mine in Arizona.

Those who venture to Ruby shouldn’t expect a “touristy”-type ghost town. Little has been done to alter the original setting, an unprotected victim of decades of sun and rain. There are weathered timbers, crumbling adobe, rusted tools and mine shafts with vertical drops of 750 feet — now home to thousands of Mexican Freetail bats that appear nightly.

Ruby has retained its wild and rustic elements and visitors are cautioned: “If you see wild animals like bats, bobcats, and skunks, leave them alone. There are rattlers. They are residents. Please let them pass unharmed.”

Although there are roads, Ruby is best appreciated walking through the town. Vehicles are generally parked to minimize noise and dust. All-terrain vehicles are not allowed. There are picnic areas with fire pits near two small lakes where catch-and-release fishing for bass, catfish and bluegill is permitted. The lakes, former reservoirs for mining operations, also act as swimming holes on really hot days.

“The future of Ruby is anything but certain,” writes author Cahoon. “Over the years, there has been talk among the owners about creating a Ruby historical site by restoring the old mining location and turning it into a collection of museums.”

One of the owners of the acreage, Howard Frederick, says plans aren’t quite that grandiose.

“The buildings have taken a lot of wear and tear and the goal of our restoration efforts is to maintain those that are salvageable, but it’s a never-ending battle,” Frederick said. “Last year we established a non-profit Ruby Mines Restoration Project to stabilize the buildings, develop a habitat restoration plan and continue documenting the mining operation’s history.”

For now, the town stands as it did more than 100 years ago.

“The value of Ruby is what it is historically, environmentally, and aesthetically,” says Frederick. “Part of the town’s attraction is its remoteness and rustic beauty. Ruby has changed little since the mine closed and that’s the charm and allure. The way it is now is the way it was then.”

Visitors are welcomed during daylight hours Thursdays through Sundays.

Admission is $12, which goes to the Ruby Mines Restoration Project

To get there: From Tucson take Interstate 19 south to Exit 48, go west about 23 miles to the town of Arivaca, turn left (south) on Fifth Avenue which becomes Fragutta for two miles before a split in the road, veer to the left for  Ruby Road and, after about 12 miles of “winding mountain” and dirt road, will take you to Ruby. Return via the same route, or if you have a high-clearance vehicle continue on Ruby Road south through Coronado National Forest land on a 28 mile-route that will take you by Pena Blanca Lake and back to I-19, Exit 12.

“The future of Ruby is anything but certain,” writes author Cahoon. “Over the years, there has been talk among the owners about creating a Ruby historical site by restoring the old mining location and turning it into a collection of museums.”