You have permission to edit this article.
Edit
Welcome, Guest
HOME
ABOUT US
EVENTS
NEWS
OPINION
PEOPLE IN ACTION
ON THE MENU
CALENDAR
NEWSLETTER
BOOK OF LISTS
1 of 4 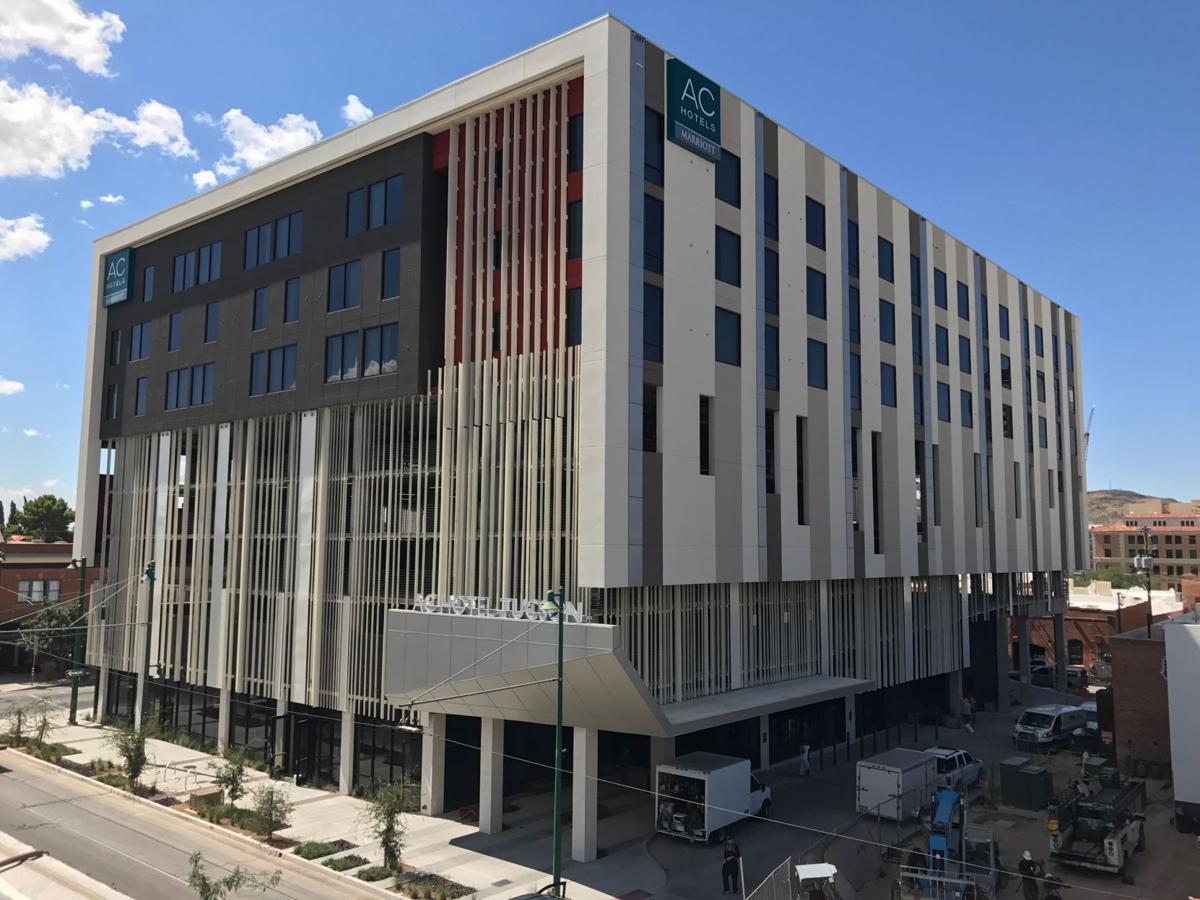 The first new hotel to open in downtown Tucson in decades, the new AC Marriott  is a sign of great things to come in the region. 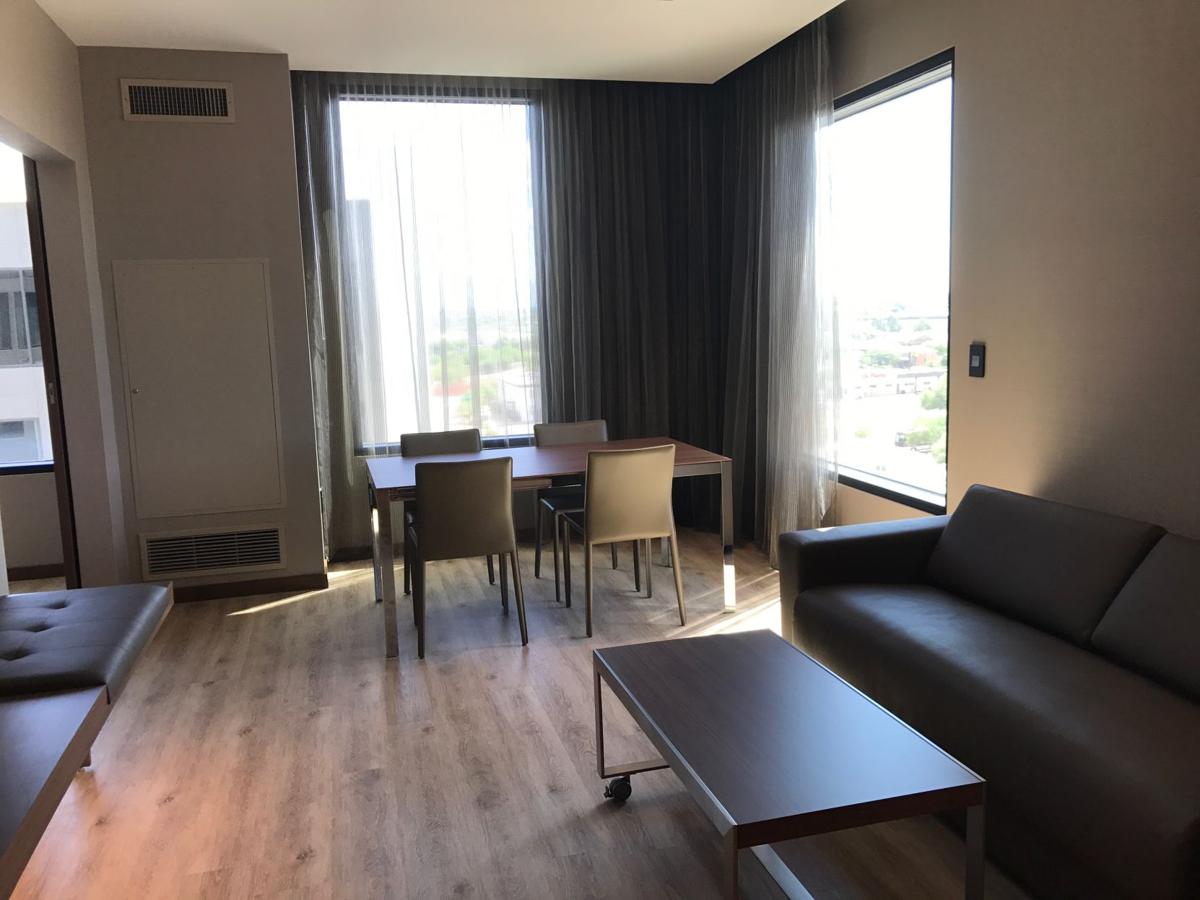 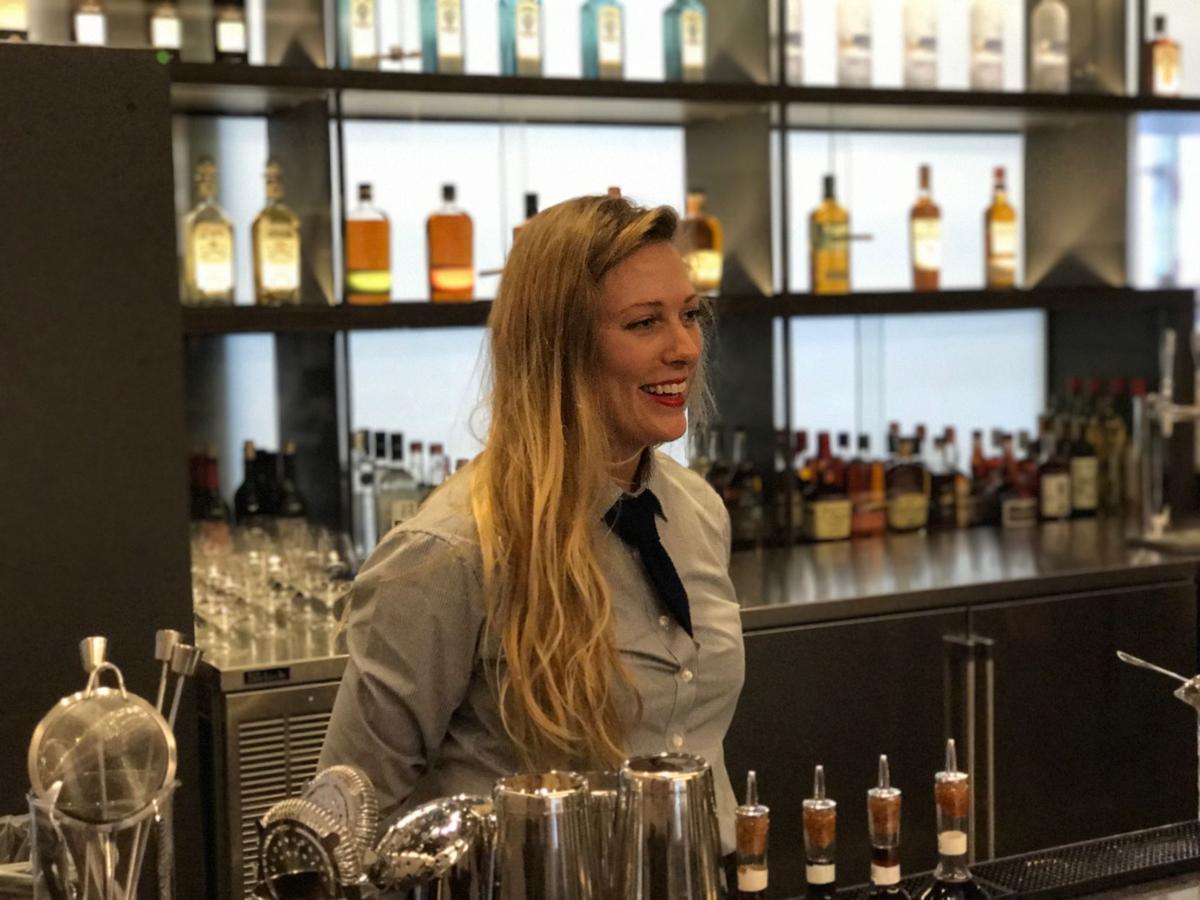 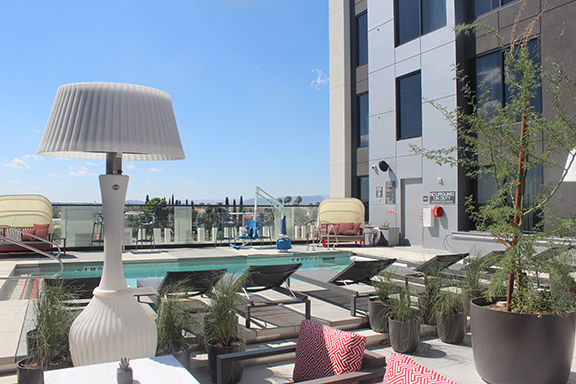 The sixth-floor pool includes a full bar and spectacular views.

The first new hotel to open in downtown Tucson in decades, the new AC Marriott  is a sign of great things to come in the region.

The sixth-floor pool includes a full bar and spectacular views.

The AC Marriott Hotel fulfills a need for more rooms in the area, and accommodates the increasing amount of visitors to Tucson.

While the number of overnight guests continues to grow every year, there have been no new hotels opened downtown since the 1970s. The AC Marriott, with its 136 rooms, is the first, which will be followed in coming years by Moxie, another Marriott brand hotel.

“We are getting so much demand it has been crazy,” said Nicholas Fox, the AC Marriott’s partner and executive director of sales and marketing. Multiple weekends in November are already at 70 to 80 percent capacity, which will definitely lead to full bookings, Fox predicted.

The project has been a long time coming. Scott Stiteler, one of the developers of the hotel, said he’s worked on the project for five years, which made the opening extremely special.

“I took a video of my foot walking through the front door just to make sure I didn’t forget that moment,” Stiteler said, “I felt like a nine year old kid before Christmas.”

The hotel has 130 single rooms, which come with either two queens or one king bed. In addition to the single rooms, there are six suites for larger families or groups.

“The rooms are an AC brand stamp,” Fox said, explaining that any AC Marriott room around the world will have very similar styling.

There are roughly 30 AC Marriotts in the US, according to Stiteler, and around 100 in Europe, since the AC brand was started in Spain by Antonio Catalan, who created a small chain of hotels that was eventually purchased by Marriott. Catalan’s hotels were slick boutiques located in urban areas.

“To quote Antonio Catalan, ‘it is an Armani suit at an Armani Exchange price, designed with timeless colors and materials that don’t fall out of fashion,” Stiteler said, “

The rooms feature modern wood and gray tile accents, clean simple lines and lots of windows showing off views of the downtown skyline and the surrounding mountains. 50 of the rooms even feature windows in the bathrooms.

“The more lighting the better,” Fox said. “All of the rooms have a view, we are at least six stories up so there is really no bad room to book.”

Contrary to the rooms, the lobby, pool area and bar, which will feature a range of regionally inspired cocktails and beers from local breweries and distilleries, are all custom designed and incorporate elements from the Southwest.

“We worked with all local companies, and incorporated the five C’s’ of Arizona,” said Laura Reese, a publicist for the hotel.

Arizona’s five C’s—copper, cattle, cotton, citrus and climate—are present in the decoration of the sleek and modern lobby and bar space. The AC Marriott has also partnered with downtown’s Etherton Gallery to present a rotating exhibit of artwork. Huge quartz crystals and slabs of marble incorporated into the design will catch the eye of Gem Show visitors.

a reason to celebrate

The Gem Show is the major event that brings the most visitors to the area, though many festivals and events around  the metro region bring in tourism dollars. Tucson was recently named an International Festival & Event City, one of only nine in the world. Besides the Gem Show, the Tucson Rodeo, Festival of Books and the 4th Avenue Street Fair each bring tourists and their dollars to the local businesses and hotels of the region.

“You have to have things to do in a city for people to want to come,” said Dan Gibson, director of communications for Visit Tucson, “and Tucson is having a little bit of a moment right now.”

Business for hotels in Tucson is on the rise, and demand for the new AC Hotel has been bubbling up. According to the 2016-17 Annual Report by Visit Tucson, July 2016 through June 2017 was the best year for hotels in the Tucson region in more than a decade, with occupancy up 5.2 percent over the previous year.

According to the report, in 2016 there were 6 million domestic overnight visitors to Southern Arizona. Visit Tucson predicts that the Tucson region hotel occupancy growth will exceed the national average through 2018.

“More people are staying in hotels in the area,” Gibson said, “and they are paying more for those rooms.”

The revitalization of downtown has fostered the demand for the new hotel, but as the cycle loops around, the developers of the AC Marriott are also responsible for a lot of the revitalization efforts.

Stiteler and his various partners have refurbished and developed three blocks of downtown’s Congress Street between Fourth Avenue and Arizona Avenue. This work includes the One North Fifth apartment building, the Connect co-working space and buildings that are home to eateries such as Hub and Diablo Burger, and bars such as Good Oak Bar and Playground, which is currently undergoing its own makeover with plans for a reopening in a few months.

“It started with a coffee shop and a yoga studio,” Stiteler said, “and blossomed one block at a time.”

Stiteler strived to keep the original feel of the historical buildings downtown.

“These are small buildings with small scale that are very workable,” he said. “They just needed some love.”

Maintaining the historic feel and the Southwest vibe of downtown is important to both developers and visitors to Tucson, as the location in the Sonoran Desert is a key aspect of the culture and attraction of the city.

The AC Marriott is the first completely new construction effort, which was a big hurdle to jump, said Stiteler. There are also plans in the works for another new hotel at Depot Plaza called Moxie.

“AC and Moxie are kind of the Yin and Yang of hotels right now,” Stiteler said, explaining that Moxie will have a fun and young vibe targeting millennials, whereas the AC is more classic and timeless. Moxie will have no front desk, guests will check in at the bar and their room key will be sent to their smartphone, Stiteler explained. Moxie will add another 150 rooms for downtown guests said Fox. Construction on the property is set to start by the end of 2018 and to open late 2019 or early 2020.

AC Marriott is open for business and accepting reservations currently. Rooms are filling up fast with business conventions and weddings, said Fox. Parking on the lower floors of the hotel is currently by valet only, but will eventually open up to become public parking.