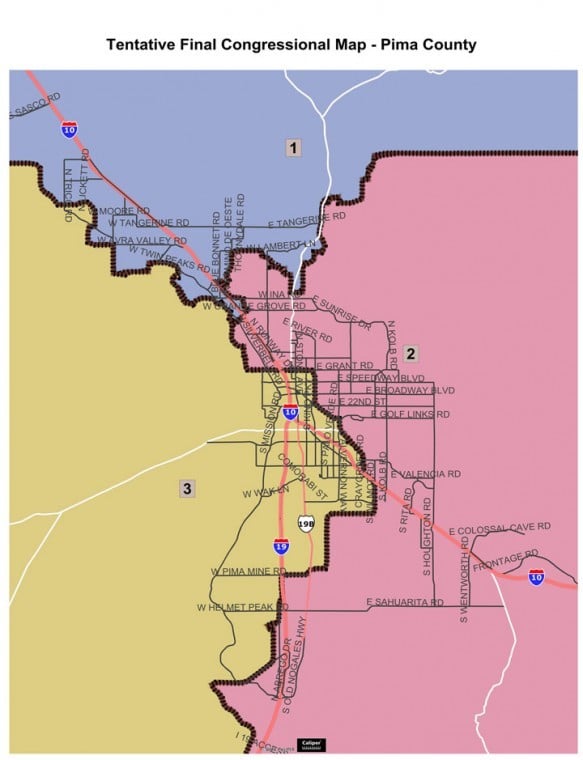 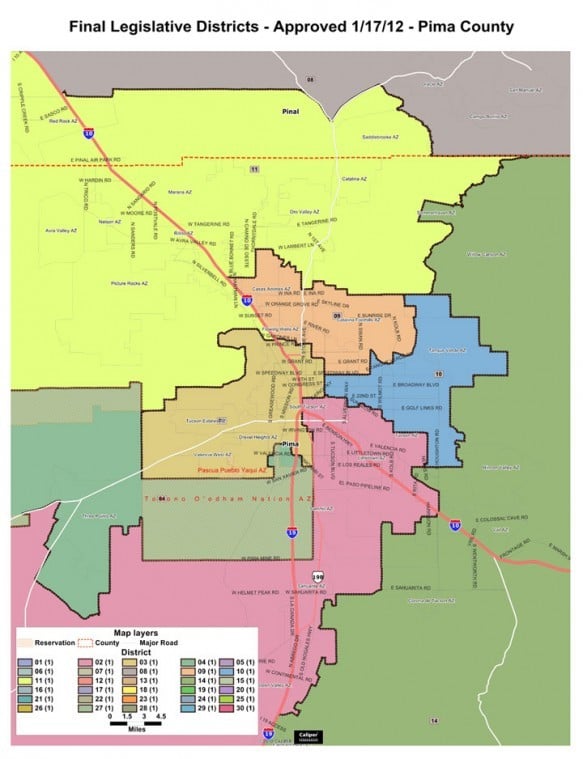 The U.S. Department of Justice has approved the Arizona Independent Redistricting Commission’s new congressional district maps for the state based on the 2010 Census.

The justice department has until April 30 to sign off the legislative districts.

Because of a decades old civil rights case, redistricting in Arizona is subject to federal approval.

Arizona is getting a ninth Congressional District and under the new maps, the Tucson region gets split three ways.

The new Congressional District 2, made up largely of the same area that currently is in District 8 covers the Catalina Foothills, parts of midtown Tucson and the east side as well as all of Cochise County.

District 3 basically replaces District 7, the district currently represented by Democrat Raúl Grijalva, includes downtown Tucson, the west side and goes south through Green Valley to include all of Santa Cruz County. The district also includes portions of Yuma, Pinal and Maricopa counties.

District 1 goes north from Oro Valley and Marana to include parts of Pinal County, eastern Arizona to the northeast corner of the state to include most of Coconino County including Flagstaff and the Grand Canyon. Geographically it is the largest district in the state.

The Tucson region would have seven legislative districts under the proposed maps.