You are the owner of this article.
Edit Article Add New Article
You have permission to edit this article.
Edit
Welcome, Guest
HOME
ABOUT US
EVENTS
NEWS
OPINION
PEOPLE IN ACTION
ON THE MENU
CALENDAR
NEWSLETTER
BOOK OF LISTS
1 of 2 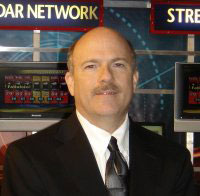 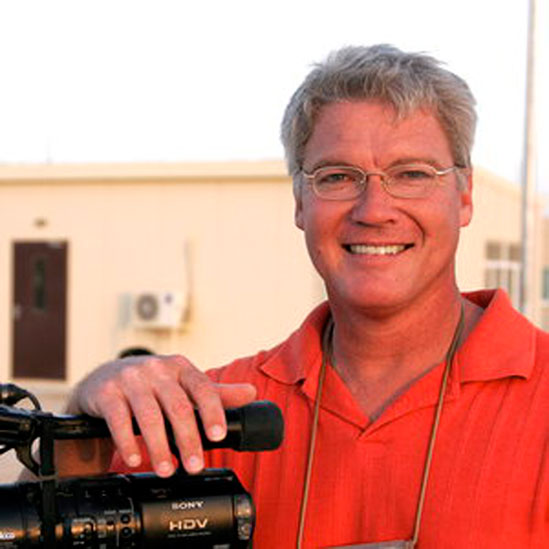 Forrest Carr has decided to “take a break” from the rigors of being a TV station news director, staffers in the newsroom at KGUN 9 were told this week.

By all accounts, Carr’s decision was entirely his. In fact, Carr said Journal Broadcast Group management had been extremely supportive of not only this decision, but during his entire time at the station. He said that included Jim Arnold, who took over in December as vice president and general manager for Journal’s Tucson operations, made up of TV stations KGUN, an ABC affiliate, and KWBA 58, a CW affiliate, and radio stations Mix-FM KMXZ 94.9-FM, the Truth KQTH 104.1-FM, the Groove KTGV 106.3-FM and ESPN Radio the Fan KFFN 1490-AM/104.9-FM.

“You can love television news but it’s never going to love you back,” Carr said, noting that being a news director is a 24/7 job.

He said his immediate goals are to “take a long road trip and finish two novels” he has started.

As for future work, Carr said he doesn’t know what that might be but he would like to give up the “vagabond lifestyle” that’s common with a career in TV and stay in Tucson.

This was Carr’s second tour of duty as KGUN’s news director. He had been news director at the station previously from 1997 to 2001 and then returned in September 2009. In the intervening years, Carr was a news director at stations in Tampa and Fort Myers, Fla. and in Albuquerque. Before coming to Tucson the first time, he worked in news departments at stations in San Antonio, Texas, and Memphis, Tenn., where he graduated from the University of Memphis in 1980.

In Tucson, Carr has been a champion of KGUN’s “On Your Side” brand and the news department’s Viewer Bill of Rights, which lays out standards and responsibilities viewers can expect from KGUN and to hold the station accountable for them.

While the brand is strong, competitiveness among Tucson stations has stymied KGUN’s efforts to move beyond being a competitive No. 2 from time to time in the local Nielsen TV ratings. In addition to newscasts on KGUN, the news department produces a 9 p.m. weekday newscast for KWBA and provides news and weather reports for the company’s Tucson radio stations.

A decision has not been made as to when will be Carr’s last day on the job.

Former KOLD News 13 anchorman Randy Garsee died in his sleep last weekend. He was 50. Garsee was living in Virginia near where he was a communications and public affairs advisor for the Center for Naval Analyses and Institute for Public Research, based in Washington, D.C., since April 2010.

Garsee, who had started at KOLD in March 1997, was paired with Kris Pickel as the top-rated station’s main news anchors on the weekday 5 p.m., 6 p.m. and 10 p.m. newscasts until he said he was fired in October 2006 after sending out an email in which he was critical of news director Michelle Germano.

Pickel, who had left KOLD three months earlier for a station in California, is now a news anchor in Cleveland. Germano is still the news director at KOLD.

After leaving Tucson, Garsee went to work for a TV station in Ada, Okla., near the Texas state line where he worked until January 2009. After that, he went to work as a civilian public affairs specialist and journalist working for the U.S. military in Iraq before going to Washington, D.C. Garsee’s ex-wife, Amy Blankenship, and their two daughters still live in the Tucson area.

“You can love television news but it’s never going to love you back.”